Having a Partner in Business is Like Icing on the Cake. Chesapeake is Here.

When Christina Miller went out on leave from shoulder surgery, she didn’t expect that it would lead to fulfilling her dream.

With help from SCORE and Chesapeake Bank, Christina turned her part-time cake-baking gig into her full-time business called Cameo Cakery in Richmond.

Christina had been making cakes on the side for eight years when she needed to take time off from her job for surgery. When the procedure in the Spring of 2020 left her with a lifting restriction that would prevent her from returning to work, she decided it was time to step out full time to pursue her dream.

SCORE with your Community Bank.

Christina will tell you that starting a business takes a community effort. “There was a lot I didn’t know,” she says.

In 2013, she met with Doug Carleton, a mentor with SCORE Richmond, an agency that offers free small business consulting. She asked him how to turn her pastime into a brick-and-mortar business. He challenged her ideas and advised her to develop a niche. Afterward, she dropped offline and continued with her day job, so she could think about his questions and reflect on where she wanted to go.

“I thought about what I wanted to accomplish, how I wanted to do that, and how I could make it irresistible,” she says. Then she took time to explore. “It’s surprised me how much the vision has evolved since I first reached out to him.”

By the time she stepped out last year, she knew exactly what she wanted to do. She reached back to her mentor when she was ready to go, and he was still there. “I wanted him to hold my hand to help me think from the business perspective.”

Doug is also the reason that she banks at Chesapeake Bank.

“He said, you really need to speak with David Younce, a business development officer at Chesapeake, before choosing a bank. You’ll get personalized attention that you won’t get anywhere else,” Christina says. “You guys have been everything Doug claimed you would be.”

David calls Cameo Cakery a success story and says they are a perfect example of what we hope to bring other businesses through our partnership with SCORE.

“We may not be able to fund an idea when it’s first brought to us, but together we can guide the owner toward what’s needed for long-term success,” says David.

Partnering in the community.

Christina loves supporting a local business, and she intentionally frequents those that offer their own spin and flare. She’s hoping to tie that same uniqueness into her business community on Libbie Avenue.

Using her window display box as an example, she says the space outside of her store and café was designed for mannequins since it used to be a clothing store. “So, I bought a mannequin for the space. It’s holding a cake, and I partnered with Bliss at 5812, an online clothing store, to dress it.” There is an advertisement in the window for patrons that like the outfit.

“I want to do stuff like that everywhere I can here, whether it’s featuring other artists, hosting events, or bringing in local suppliers for the items on the menu, like my coffee flights, mimosa flights, beer, wine, and kombucha.”

When it comes to cake, the recipes are all her own.

Growing up, Christina’s mom made birthday cakes for her and her siblings — a tradition Christina wanted to do the same for her own children. To Christina, there was nothing sweeter than Ukrops buttercream icing, it was the gold standard.

“I decided to spend a day researching and tweaking recipes to get it as close to that as I could,” Christina says. “Then I made it my own.”

She says everyone loved the cakes so much that she received requests. Eventually, she gave her business a face and name, Butter Sweets Cakery. Over the years, as she thought more about her vision, cameos came to mind.

“When you look at the fine details, the level of art that is involved in making one is impressive.” She describes the lost art as classy and recognizable.

“I’d like to think that that art transfers to what we’re making here because I swore I’d never compromise on quality.” The imagery stuck, and Cameo Cakery and Café was born.

Christina knew that if she ever opened a cake shop, she didn’t want to serve only cakes. In the café, Christina will offer other unique items. She’ll have vegetarian, pescatarian, and meats under the category of savory cakes.

“I created one recipe for the base, then I add the other ingredients,” says Christina. There are a variety of unique pairings on her menu, such as the beets, Brussels, and Brie cake, or the shrimp, crab with red pepper, carrot and smoked gouda.

“You can eat cake all day,” says Christina.

The grand opening for Cameo Cakery is scheduled for June. This is the perfect time, she says, since the weather is warmer, social-distancing restrictions are lifting, and people will be ready to get out into the community. Come see us. 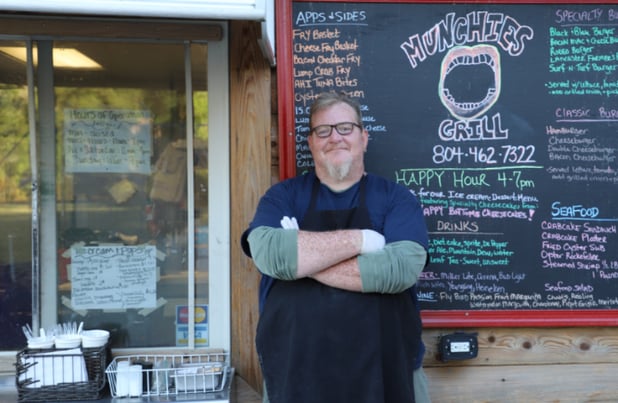 November 02, 2021
Wherever You Go, Chesapeake Will Meet You There
Reggie Rossignol 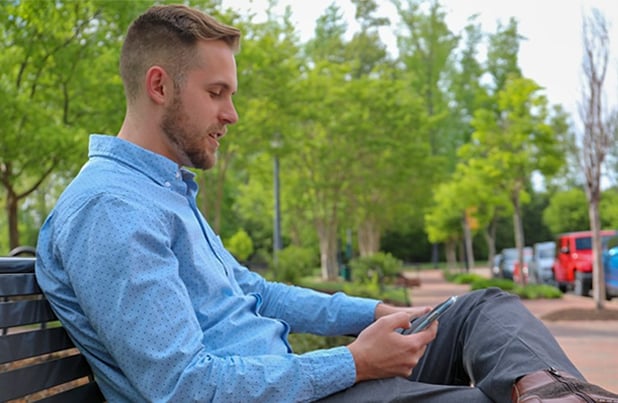